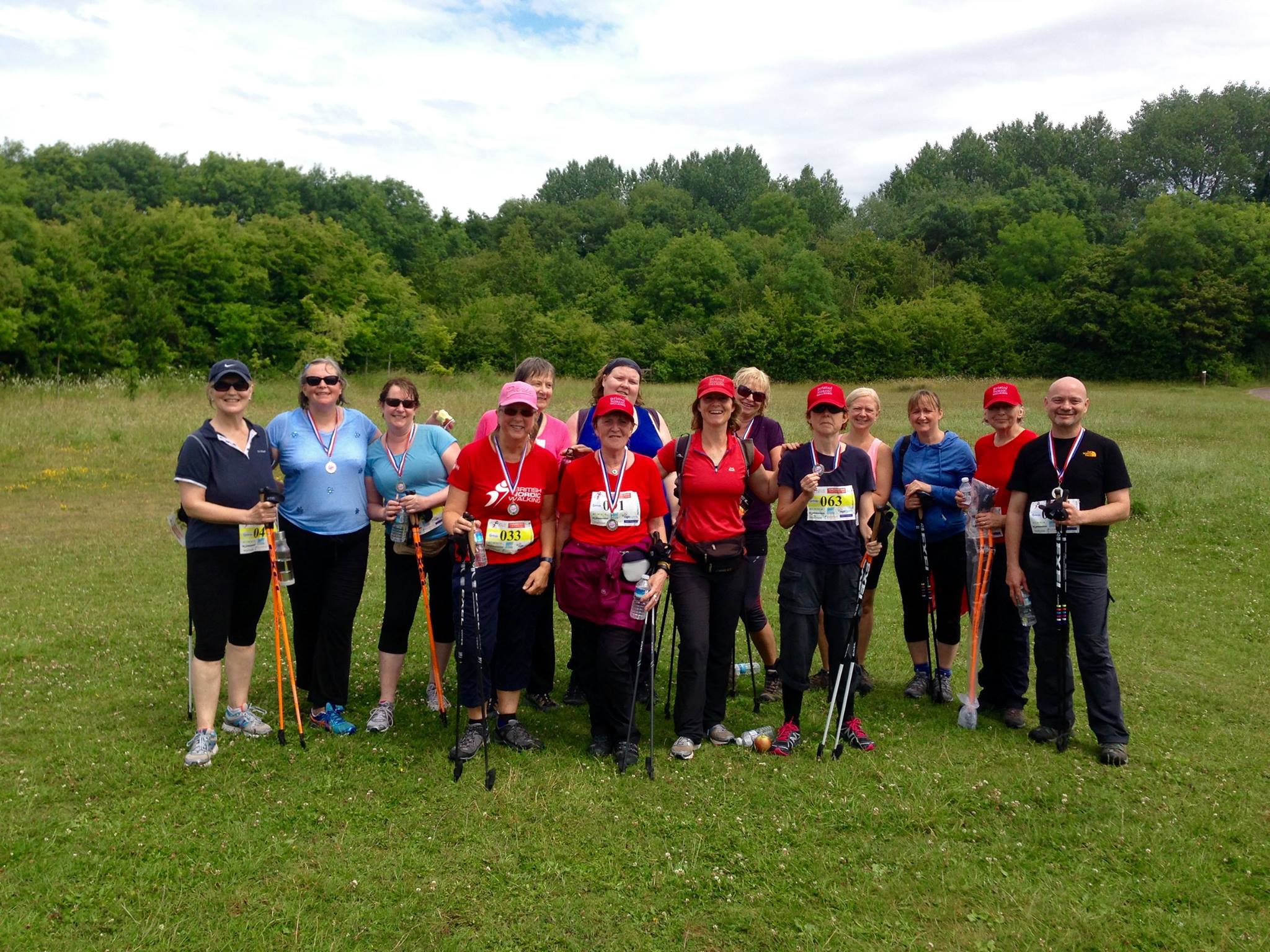 Oh calamity.  The morning started bright and sunny and 16 us from Bristol Nordic Walking piled into cars and headed to Cosmeston Country Park, Cardiff, for the fourth ever UK Nordic Walking Challenge Event.  We’ve had plenty of success in the past – PBs broken and medals won.  We were hoping for more of the same – especially with so many of our walkers on top walking fitness and form.  But sunshine and heat (and some equally searing lap times) turned into cloud, wind, rain and then – yes – thunder and lightening. Just one clap, but it was massive.

Lightning is dangerous. Currently, about 30-60 people are struck by lightning each year in Britain of whom, on average, three may be killed.

So you don’t want to mess around with lightening.  Especially when walking with two poles with metal spikes on the end.  Granted the handles are made of plastic and cork, which are poor conductors, but it’s not worth the risk.  Our policy at Bristol Nordic Walking is never to walk in thunderstorms.  If one starts while we are part way through a walk we will abandon it.  So it was no surprise that the organisers of the Challenge Event abandoned the race once the lightning struck.

It was absolutely the right decision.  But oh we were so disappointed.  A few of us looked poised for winners’ medals, both individual and team.  Glory was cruelly snatched from us and we’ll have to do it all again another day.  Congratulations though to all who took part.  Also for some seriously impressive 5km lap times, many of which were over 4mph.  That shows how fantastic your fitness levels are and it’s a real reflection of the effort you have put in.  You should be well chuffed.  You’ve earned that success by committing to your health, working on your technique, and coming Nordic walking regularly with us.  I hope you’ve also found it fun.  Certainly there have been a lot of laughs along the way and some good friendships formed.

Finally, given today’s events, I thought you might be interested in the following advice from Torro (the Tornado and Storm Research Organisation) on where lightning strikes and what precautions you can take.

Where Lightning Strikes
Lightning may strike a person directly when out in the open or indirectly from, say, a side flash from a nearby tree. When lightning strikes the ground, radial currents spread out from that location and these may give someone nearby an electrical shock. Lightning striking a house may result in the current passing through metal pipes and electrical wiring. This can mean that someone touching a radiator, light switch or a telephone when a house is struck experiences an electrical shock.

Taking Precautions to Reduce the Risk of Being Struck by Lightning
Fortunately most people survive a lightning strike. While the chances of being struck and killed by lightning in Britain are small, you can improve your chances of not being struck in the first place by following some simple precautions during a thunderstorm: