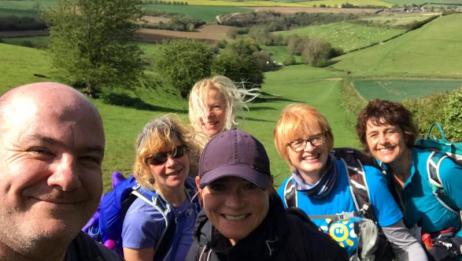 Gale force winds aren’t the ideal forecast for Nordic walking between 12.5 and 26.5 miles – but did that deter our Bath Beaters?  Not one bit (of course).  We’re made of sterner stuff and collectively brushed Storm Hannah aside on a day of mammoth achievement.

The Ralph Allen School on Claverton Down was our start/finish point and the first to go out were the 26.5 milers led by Sarah.  They left before 7.30am and definitely bore the brunt of the weather – wet as well as windy for the first hour and at the end too. But luckily some sunshine in the middle to bolster the mood. 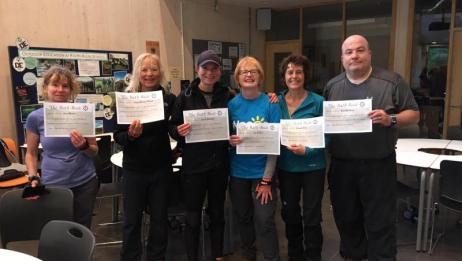 Teamwork pulled them through – a totally epic day that will be long remembered. (A few tired but happy looking faces at the end there). 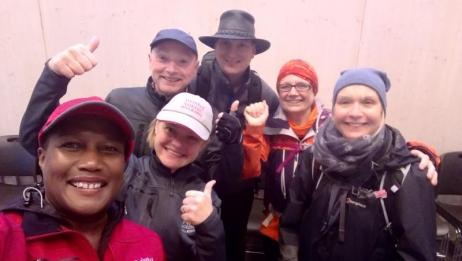 Next to head off were Yvonne and her 21 milers.  Again some brutal conditions but as Yvonne said, the Bath Beat has some of the most beautiful countryside she has ever seen. It was definitely worth every minute.  Everyone looked out for each other and finished together as they racked up in excess of 21.3 miles. 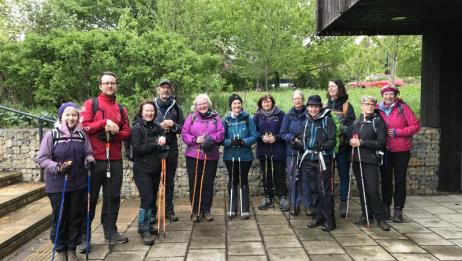 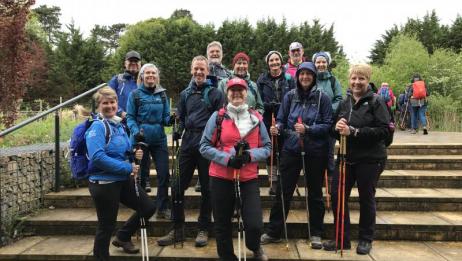 Miro and Ros and their gang of spirited 17 milers headed off shortly after.  Steep hills and the odd detour didn’t deter them and they all had a blast of a time, inspired by the scenery and powered by jelly beans. A special shout out to Max, Donald and Charles who got the better of the route and finished before the rest of the pack, but everyone finished with big smiles on their faces and with a huge sense of achievement. The hills and rocky terrain on all of the routes were unrelenting! 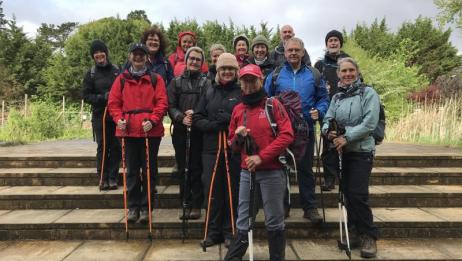 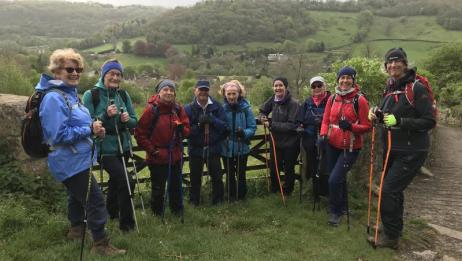 Finally it was the turn of Rachael, Vicky and the 12.5 milers.  They left HQ around 9am and walked together for a large chunk of the route, keeping on track thanks to Vicky’s star performing OS Maps app (the best £24 she’s spent for a long time). 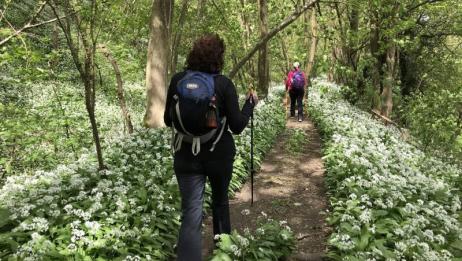 The beautiful canal towpath and amazing garlic woods were particular highlights.  We’ll all remember those – and that killer steep hill with those steps right at the end, just when you didn’t need them. 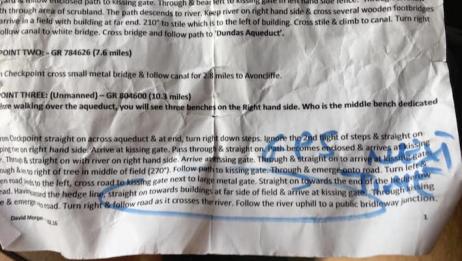 Besides the 45+mph winds, the other interesting challenge was the total lack of signage on all routes.  This left most of our brave instructors entirely reliant on the written route directions for the different distances, navigating from point to point in unfamiliar terrain. And even those directions weren’t always spot on (the photo is one of our corrections).  But except for the odd detour which was picked up pretty quickly, they did absolutely brilliantly and we’ve definitely got the makings of a fine orienteering team. Next time we’ll make sure we have a GPX map!

All in all the tough terrain and the high winds made it harder than any of us had thought. But every single person made it round the course so we are over the moon and applaud the resolve and consistent high spirits of everyone involved.  The whole day was summed up perfectly by Valerie on Facebook: “That was the best day. Great views and most importantly great company that made it a fun and heart warming day.”

As this challenge has proved, you never know what you are truly capable of until you try.

Thank you everyone.  Whose up for the next one?

A coastal walk in Pembrokeshire