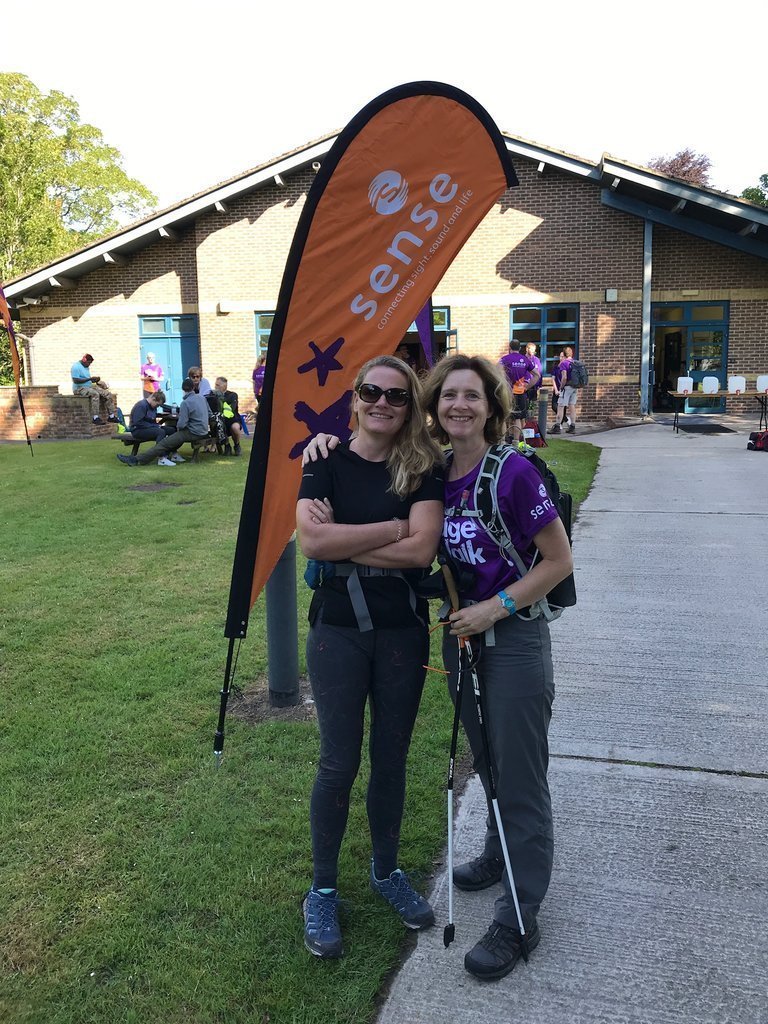 Last weekend, whilst 16 of our club were enjoying 10 mile walks along the Cornish coast, I was trying to complete a 52 mile challenge walk in 24 hours.  I’m sure many of you have done similar or bigger endurance challenges but this was a first for me.  It was way harder than I’d ever imagined.  In fact, very very tough doesn’t even touch the sides! The Sense RidgeWalk charity challenge was in a league of its own. 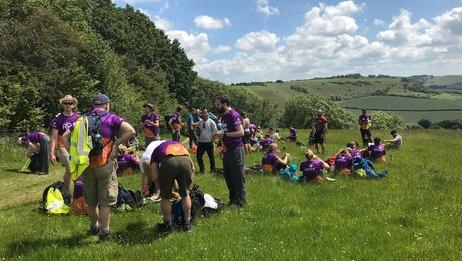 It began with me and 80 other participants crossing the start line in Marlborough to the cheers of Team Sense.  In a beautiful part of the country – the Ridgeway National Trail, Wessex Ridgeway Trail, White Horse Trail and Avebury stone circle – we gradually formed three distinct groups guided by experienced walk leaders from Charity Challenge, the organisers of the event.

The walk for me was personal.  It was to remember our son Ben, who died 21 years ago at four weeks old from congenital cytomegalovirus, and to contribute to Sense.  The work they do helping people with complex disabilites is magnificent and we would have relied heavily on their support had Ben lived.  I was also interested to see if my body could manage a distance like this all in one go.  I was in unchartered waters. 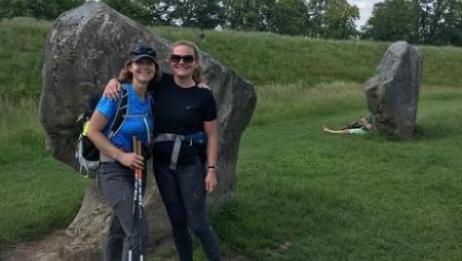 Figuring I’d enjoy it more with company, back in January I persuaded Cappuccino (aka Nicola) my coffee-loving, welly-wearing, funny, opinionated pal to join me.  Our friendship goes back to Ben and beyond and we’ve been there for each other during the good times and the bad.  The first hurdle though was persuading her to ditch the wellies for walking boots, trade her cotton Ts for technical tops, and buy a proper waterproof!  The day she sent me a proposed training route using our new-found OS Maps App was the day I knew she’d converted.

We enjoyed some magnificent training walks around the Cotswolds, Mendips, Monmouthshire, and even Cornwall and felt well prepared…until Cappuccino did her hip in with two weeks to go.  I’m not sure how I’d have coped with that sort of a set-back but she dug her heels in and dealt with it through a mix of rest, massage, swearing, and lots of strong painkillers.  She was fully dosed up from the start, which was just as well as it turned out.

Perfect weather, stunning views, a steady pace, and good conversations kept our moods buoyant throughout most of the day.  I was feeling ok at this stage but Cappuccino was suffering badly with blisters.  Five miles in she’d already pasted seven blister plasters on her feet.  By ten miles she was a Compeed advert – virtually every toe, two or three on each heel, and several more in between.  By the twenty mile stop her feet were in a very sorry state.  It’s at this point that many would have called it a day, but Cappuccino’s a stubborn old thing.  Miraculously a Team Sense expeditions doctor (angel) appeared and taped her feet up with serious looking blue stuff, and the show went on.  Taking the positives, Cappuccino said that at least her feet were distracting her from her hips – and the drugs were masking the pain of both.

It was around the 32 mile mark that things changed for me.  I’m not a night owl and at 10pm my body started to close down for some shut-eye.  Clearly sleep walking wasn’t an option so I had to plod on with my body gradually feeling more and more like the Tin Man from the Wizard of Oz. The lowest point for both Cappuccino and me came at around 2am just before the 40 mile checkpoint.  Our bodies were aching and legs seizing up and we thought we might have to pull out.  But some hot soup and a foam roller came to the rescue and the pit stop gave us renewed energy.  From then on we knew we’d make it, especially with the support of our fellow walkers (we were all aching) and Team Sense providing encouragement and hot tea/chocolate at the two further breaks. 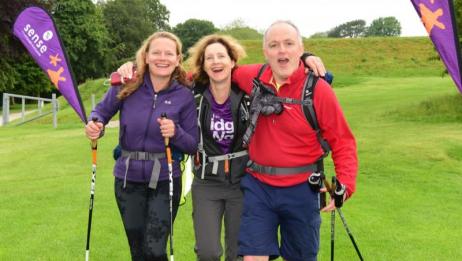 We finished just before 8am Sunday morning utterly exhausted but light-headedly elated to have completed the 52 miles.  Our husbands scooped us up and drove us home.  Bed at last.

Would I do it again?  Right now (one week later) absolutely not!  Nothing had prepared me for the sheer attritional toll on my body from walking that distance in one go and it left me exhausted.  All the training had given me confidence but ultimately it came down to grit and determination and the support of everyone along the way.  Not just during the walk itself but family, friends and our fantastic club.

Am I glad I’ve done it?  100 percent.  It’s a momentous achievement which will be with me always.  I feel genuinely proud and eternally grateful to my friend who put her body on the line to support me along the way.  Her feet are shredded but as Phil, a fellow walker said, ‘pain is temporary, glory lasts forever’.

A walk around Slad valley