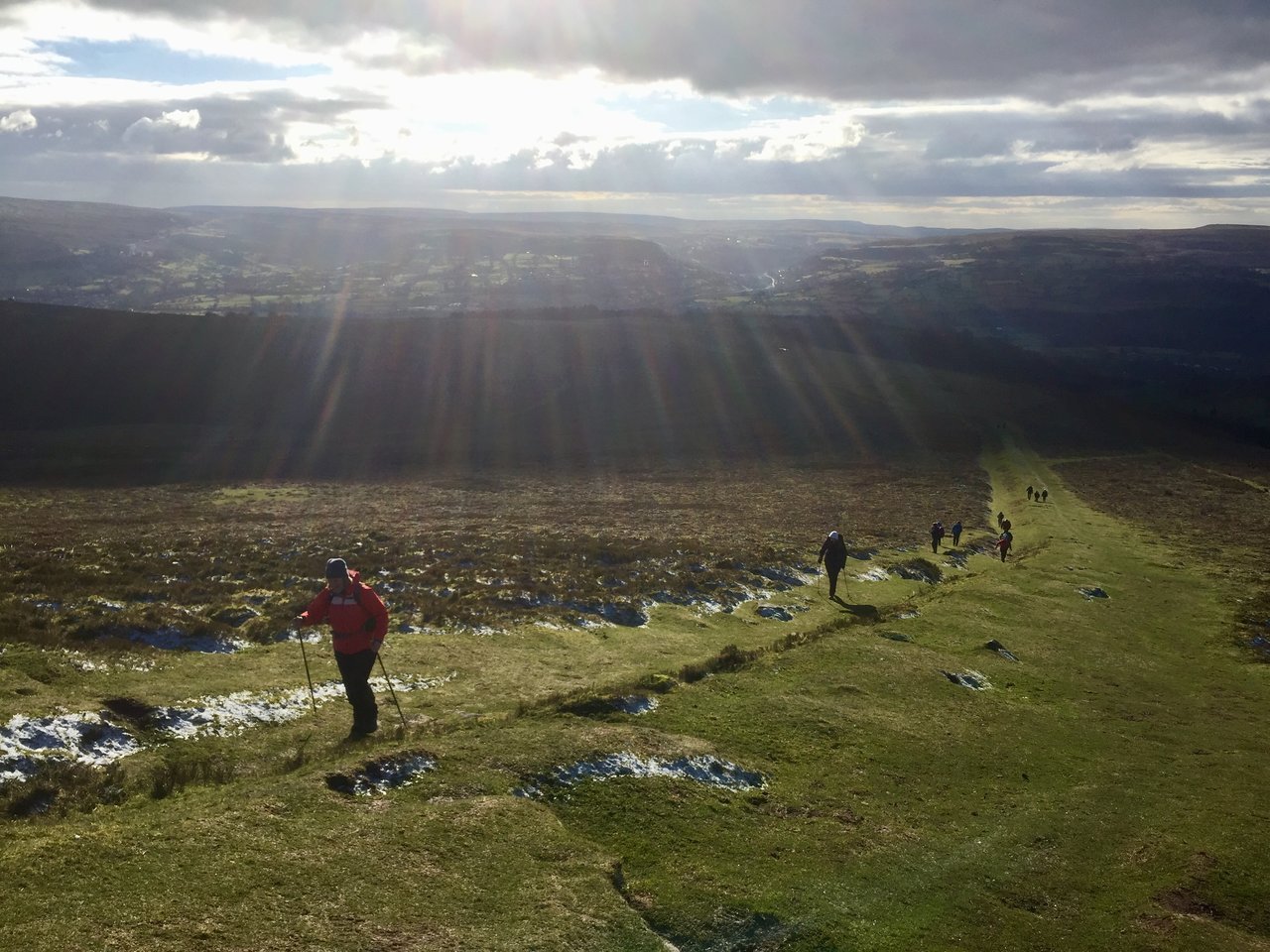 Yesterday I joined Ali Vowles on local radio to discuss the Active 10 vs 10,000 steps debate.  Which is best and why?  The debate has long been rumbling but it was triggered anew by Michael Mosley’s The Truth About…Getting Fit (see my last blog).  It’s a fascinating area and relevant to all of us.

The benefits of Active 10
Science has reinforced that exercise benefits our health and reduces our risk of a whole range of conditions – obesity, type 2 diabetes, heart disease, depression, some cancers – the list goes on.   In order to reap these benefits the government’s Chief Medical Officer (and indeed the World Health Organisation) has long said that we need to do at least 150 minutes (2.5 hours) of moderate intensity exercise a week or 75 minutes of vigorous intensity.  Moderate intensity is something that raises your heart rate and we should be doing this in bouts of 10 mins or more.

Consequently Active 10 has become a bit of a fitness buzzword, especially since last year when Public Health England launched an Active 10 app.  This was principally to help encourage the 6 million (40%!) adults in England who don’t even manage 10 minutes of brisk walking a month, let alone a day.

Counting steps was therefore not seen as quite so effective, first because the ‘10,000 steps a day’ target is founded on a Japanese advertising campaign back in the 1960s and not on any science.  Secondly, because steps alone do not raise your heart rate – and it’s raising your heart rate that provides the health benefits. However …

The benefits of 10,000 steps
… more recently, science has also shown that sitting down for extended periods of time is very bad for our health.  This is independent of the amount of exercise we do.  Phrases such as ‘the sitting disease’ and ‘active couch potato’ may have already floated their way into your psyche and for good reason.  According to research, 65% of an average adult’s day is spent sedentary, that’s 9-10 hours!  You can’t offset the damage caused by sitting by going for a quick run (or walk).  It’s the length of time sat that’s the problem, hence the ‘active couch potato’ tag.  So it’s not enough to do 150 minutes of exercise a week.  We also need to make sure that we are more active throughout the day.

Having a daily step target encourages more activity throughout the day.  Taking the stairs and not the lift for example, or parking at the far end of the car park rather than right next to the shops.  Neither of these amounts to a burst of 10 minutes activity but they both encourage greater activity and step count throughout the day.  Incidentally 10,000 steps roughly equates to 5 miles – not a bad daily target.

Which is best?
The answer has to be that it’s not an either/or.  We all need to ensure we are energetic enough to raise our heart rate in bouts of 10 minutes or more, ideally totaling at least 150 minutes a week.  Plus we all need to spend less time sitting down and anything that encourages this has to be a good thing.  Happily for those of you who walk with us, our walks are designed to raise your heart rate and increase your step count.  An hour’s walk equates to roughly 5,000 steps and you will have met most of your 150 minutes exercise by joining two weekly walks.

This has been a terrible year for colds and flu and many of you have had first hand experience.  But did you know that taking Vitamin D might help prevent this?  Last February researchers at Queen Mary University of London made some interesting findings.  After an analysis of twenty five separate trials, they concluded that taking vitamin D could spare more than three million people from colds or flu each year.  That’s more effective than the flu vaccine.  The research prompted calls for vitamin D to be added to food, as is done in America, so that everyone gets enough.  However Public Health England treated the news with caution saying there was still not enough evidence to enrich foods.  In the light of this year’s epidemic they might wish to review it.

Also if you think that the walking you are doing outside will be boosting your vitamin D levels, think again.  In the UK the sun isn’t strong enough between October and March for us to make vitamin D naturally through our skin.  This means we need to get it from either the food we eat or via supplements.

The government’s guidance is that everyone needs about 10 micrograms of vitamin D each day to stay healthy.  You would have to eat a salmon fillet a day or twelve egg yolks to get the recommended daily dose of vitamin D, so supplements are necessary for most of us.  I take DLux 3000 by Betteryou – I like the taste and have been told that we absorb Vit D better through sprays than tablets but there’s many products to choose from. 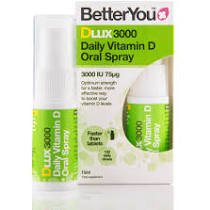 You might also be interested to know that the NHS provides a vitamin D testing service which you can buy online.  I have bought and used this service and also had a vitamin D test at my local surgery.  I really liked the online test kit and they emailed me my results extremely quickly.

If you want more information about vitamin D and its benefits then you might wish to read an earlier blog of mine – Vitamin D: should be worried? Anything that boosts our defences against colds and flu is worth our full attention. And click here to hear my intervew on BBC Radio Bristol (go to 1.26.44).

Stay strong – Osteoporosis and how to avoid it